My artist statements (like many artist statements) tend to be obnoxiously long and drawn out. With that in mind, they are generally sincere. I tend to value the preparation, thought, research, passion, and labor that goes into my work.  This statement, and this show might be lacking in those categories.

I want to see the thirst
Inside the syllables
I want to touch the fire in the sound:
I want to feel the darkness
of the Cry.
-Pablo Neruda

Crying is all right in its way while it lasts.  But you have to stop sooner or later, and then you still have to decide what to do.
-C.S. Lewis


I acquired the space you are in now in March of 2020, just after the world ended.  I was intent on creating work for a final installment of a decade long series of shows under the working title, “Song of the South.”  At no surprise to those who know me, it would have been a show that continued to explore themes of potential trauma.  The subject of this show was specifically addressing personal anguish I had experienced for three years prior to this.  After jumping in to the project, and having a great deal of momentum and success with it, I decided that I needed to bury those ideas .  It felt like I was keeping a corpse propped up in the corner of my home.  So, I killed the work.  This led me to wandering in the wilderness and I was without vision.

From April to November I completed many paintings for a couple of fundraisers and a few commissions.  I was always busy with making things that, frankly, brought me no joy to create. I was drained from no inspiration.  I had friends suggest that I commit to a date and just make a solid plan to have a show.  I’m not sure I’ve achieved that, but it kept me moving forward, and here’s what I’m offering.

The single biggest problem in communication is the illusion that it has taken place.
-George Bernard Shaw


These paintings started in a place in my head that was contemplating ideas of communication.  The concepts were coming from two unrelated sources. I had been looking at images of pulp book covers and really enjoying their illustrative beauty and the power that those illustrations, paired with gorgeous, hand generated fonts, harnessed.  These book covers told the entire story of the book and possibly tormented the viewer with lust, fear, rage, shame, intrigue, or any number of emotions.  I was very much turned on by the storytelling aspect - something that has always played an important role in my work, regardless the medium.

I was also considering relationships I had with people where my role as contrarian often caused its own range of emotions.  But, both the content of those books and my contrarianism are facades and what’s inside might be quite tame or, perhaps, worse.  You have to open the pages to find out.

Frustration quickly set in when each step in the work became predictable.  They were full of tropes - soft words with aggressive or threatened imagery, drips and washes, muted colors with bright accents, representational, illustrative…following an entire canon of work that had been pursued (and often more successfully) by an entire generation of 40-something while balding males who had grown up with noses buried in comic books, eyes glued on cartoons, feet planted on skateboards, and ears plugged into punk rock.  I was painting a caricature of myself.

With that realization, I decided to embrace it.  It became a very important decision because, at that point, the paintings became fun.  In that process of fun, the paintings started to find new ways of working themselves out.  I was not conforming to my general approach of outlining everything and using an extremely illustrative style.  They became looser and much more painterly (another predictable aspect, I know) but, again, very fun.  What did fun elicit?  Joy.  So, the world could continue to collapse, relationships could continue to crumble, communication could eventually work only with those who thought exactly the way you did - and, it wouldn’t matter to me because I had joy.

Pushing through with no real direction, reason, or purpose other than joy was refreshing.

No one understands anyone else.  We are, as the poet said, enisled in the sea of life; between us flows the sea that defines and separates us.  However hard one soul struggles to know another soul, he can only judge by what words are spoken - a formless shadow on the floor of his understanding.
- Fernando Pessoa

The heart of another is a dark forest, always, no matter how close it has been to one’s own.
-Willa Cather

Because of the love of projected emotion I interpreted in the pulp book covers, these works were meant to be paired with a performance.  With the pandemic issues, I decided to opt out of the performance.

The title “CRY” comes from the 1951 Johnny Ray song of the same title.  Aimlessly sticking to communication, I fell into another likely trap and settled on personal relationships for a theme.  Each piece is titled with a term of endearment.  Being a big fan of Johnny, and a curator of heartbreak, I wanted to incorporate this very exaggerated song in the show somehow.

Each painting in this series was intended to have a “back of the book” description with it that I would read.  Collaborating on the orchestration with my brother (as always), he suggested that the accompanying music - in 7 movements - be based on the chord progressions in the song.  At the end of the readings, I would perform “Cry” in the same way Johnny Ray would’ve performed it - rolling on the floor, pulling at my necktie, tugging at my hearing aid, and messing up my hair (if I had any).  Alas.  It would’ve been beautiful.  This led to an afterthought that may not have been a very successful last minute decision.

I added the gold concentric circles in an attempt to push an idea of storytelling and communication, but they just became an unknown abstract element that just becomes a decoration.  Another ‘stand-in’ for the performance, they wanted to mimic narrative while examining relationships being something somewhat incomprehensible that requires constant attention and labor even without fully understanding what they are or what they could become.

It should also be noted that my use of street marker paint and gold paint has, in the past, had the intention to convey oppression.  If I want to stretch those ideas, there’s another one for you to throw in the mix.

The pieces should be read from left to right and are paired with an auditory piece in lieu of the performance that includes loops from “Cry”, the song “Cry”, and the sounds of each animal represented in the show.  Since I basically made the same painting 7 times, this helps to solidify that fact and tie them all together as one readable piece.

God!  God!  I am running to you for dear life; the chase is wild.  If they catch me I’m finished:  ripped to shreds by foes fierce as lions, dragged into the forest and left unlooked for, unremembered.”
-Psalm 7:1

When you stop growing you start dying.
-William S. Burroughs


This is the hardest show I’ve ever had to explain and I’m not sure I have.  I’m left with many questions concerning the choices I made from font choice to composition to color or subject matter, etc.

Being confused with the work makes me excited to move forward and pursue individual ideas in them.  As simple as these paintings might seem, they were difficult to make and they challenged me in a way that I had not been challenged in a long time.  It was a good trip to take and one that has propelled me in a new direction that is as tantalizing as holding a pulp book in my hand or mouthwatering as irritating a friend in a conversation about morality.

I must thank a very close group of individuals who remain a constant support in my life and who always encourage me to continue to pursue this joy regardless of the outcome.

Jesus (the contrarian in me loves to see people squirm when I talk about him)
Indigo (Gillian Eliora) Oaks, Cal Travis Oaks (my best friends - my children)
Tommy, Patricia, and John Thomas Oaks (my parents, my brother)
Bryan Baker, Jason Boardman, Sarah Shebaro (my Striped Light family)
David Williams, Shawn Poynter, Dale Mackey (my secret swimming hole club)
Jay Cabler, Nate Holder, JD Murr (my skateboard crew)
Marcia Goldenstein, Tom Riesing (my confidants)
Finally to Tony Sobota who always has delightful insight and gave me some great ideas to steal from him in the final hour of this project. 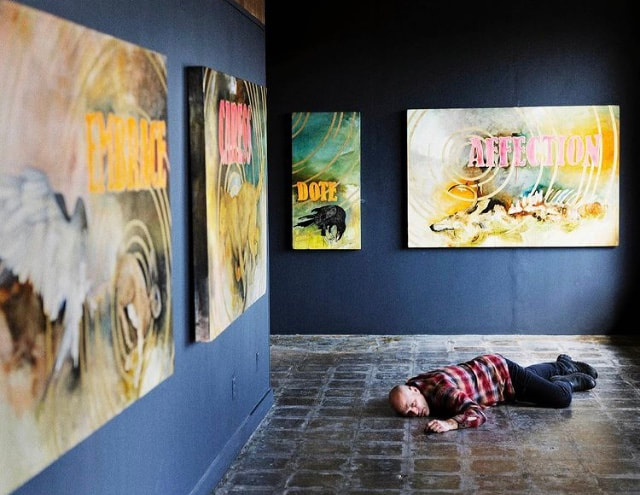 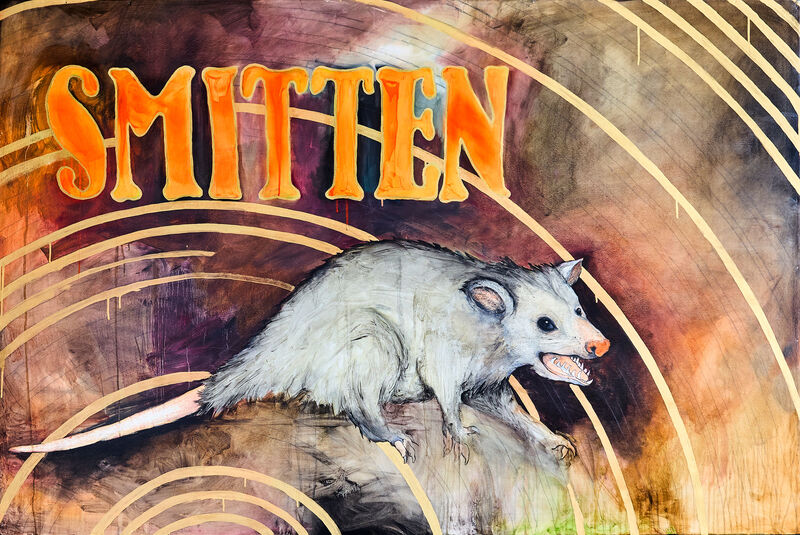 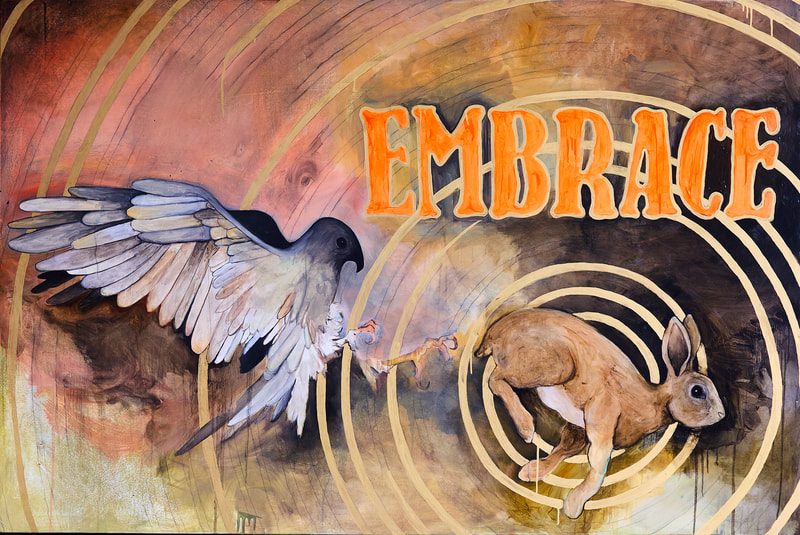 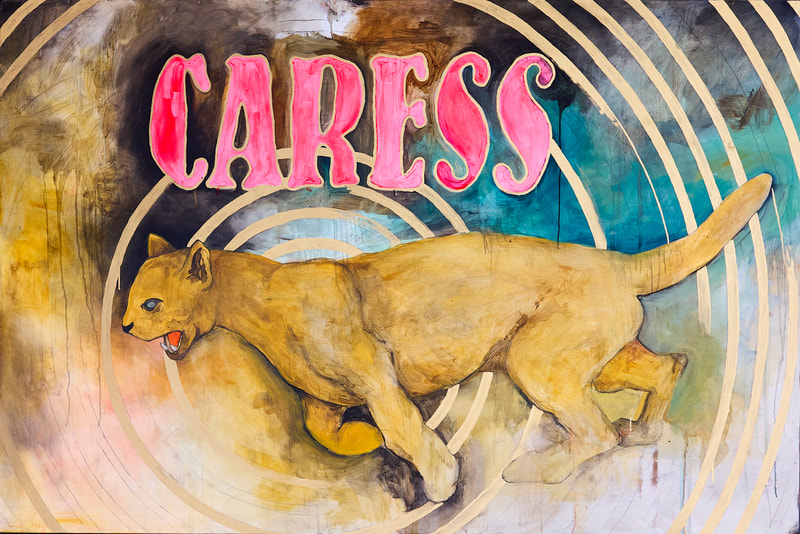 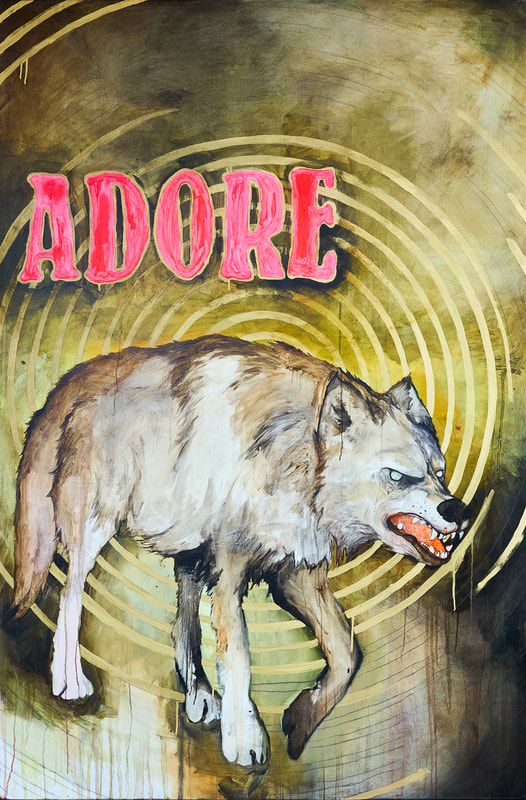 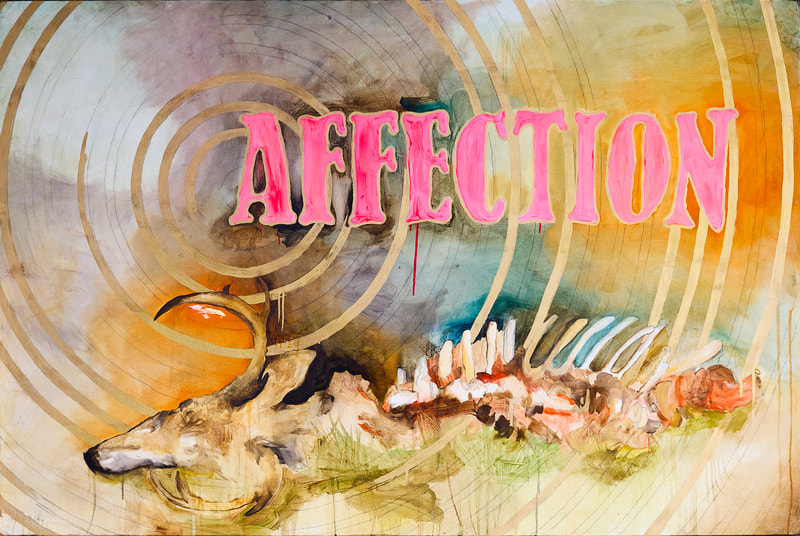 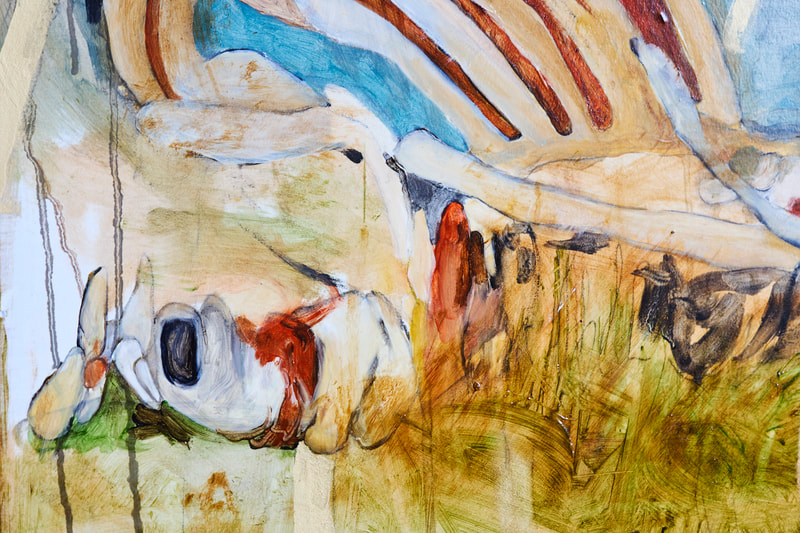 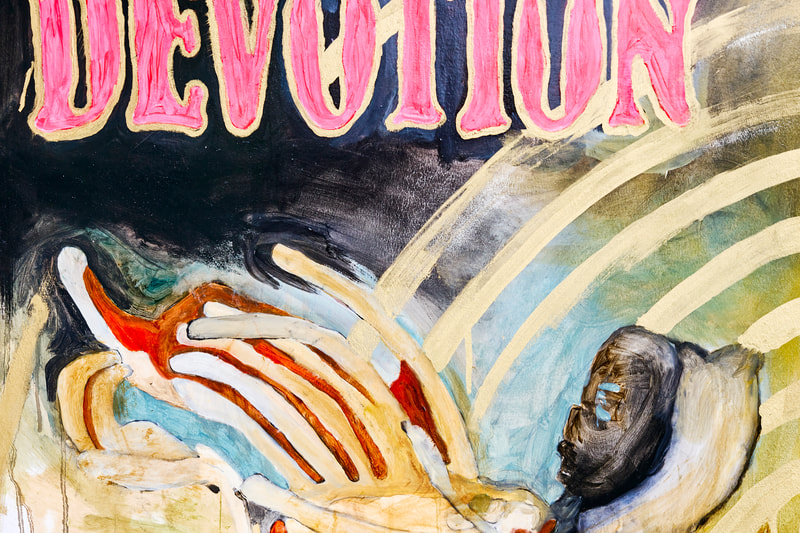 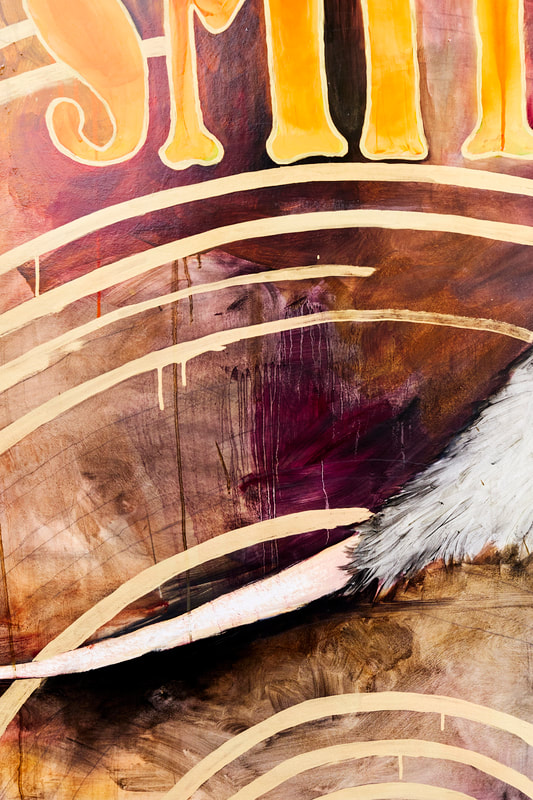 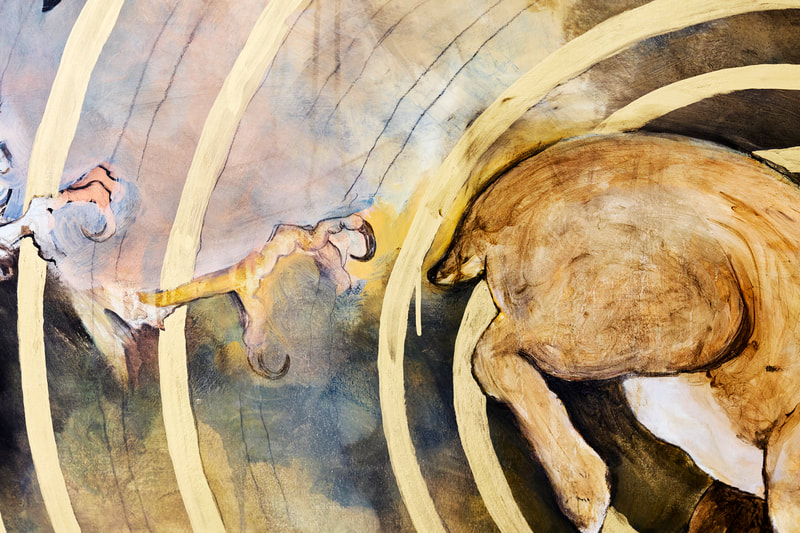 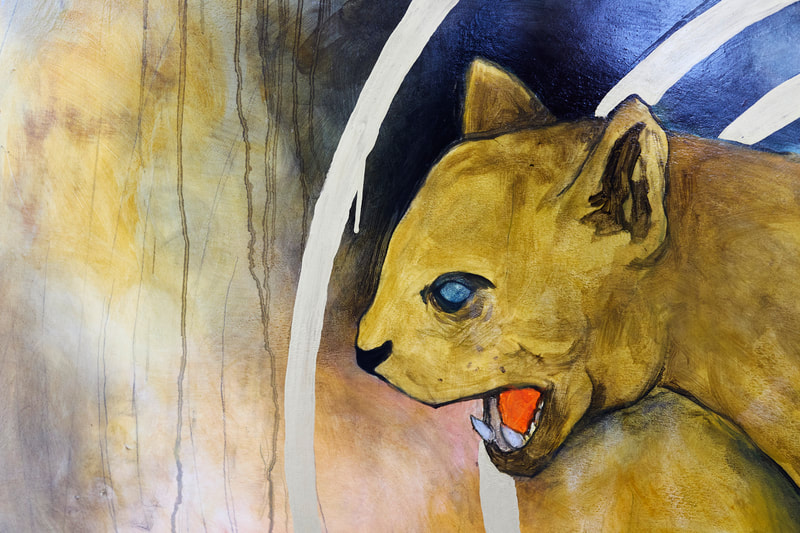 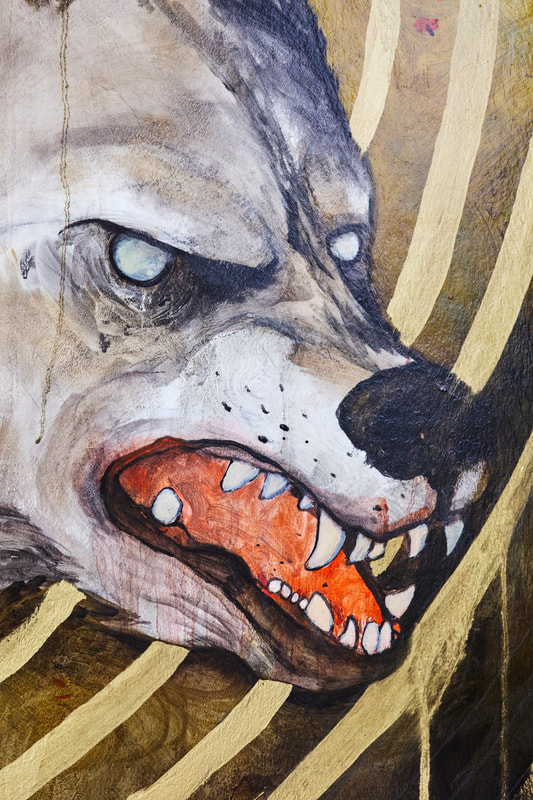 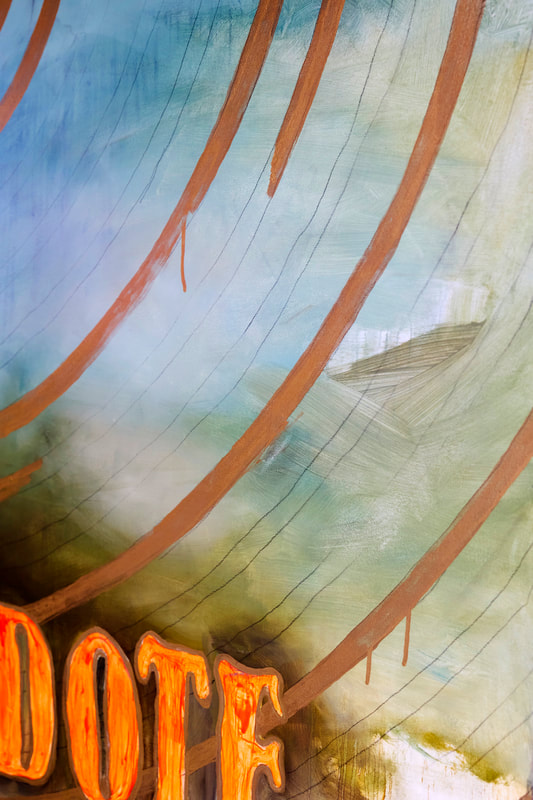 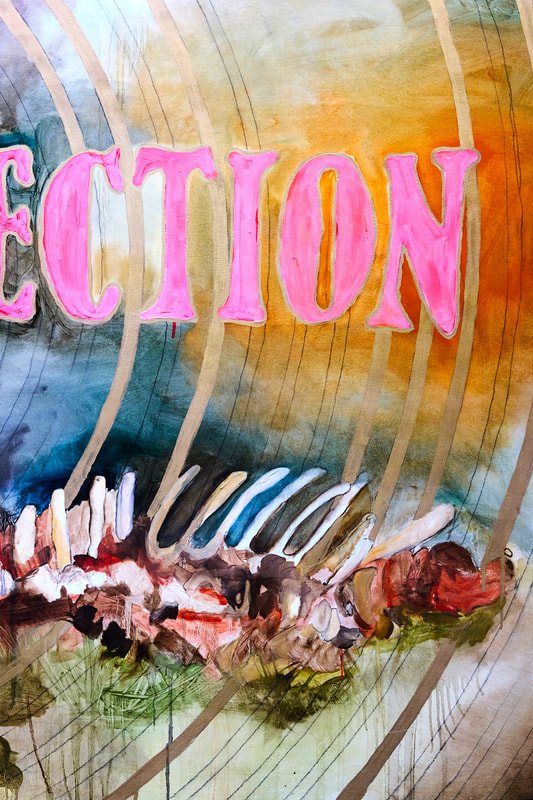 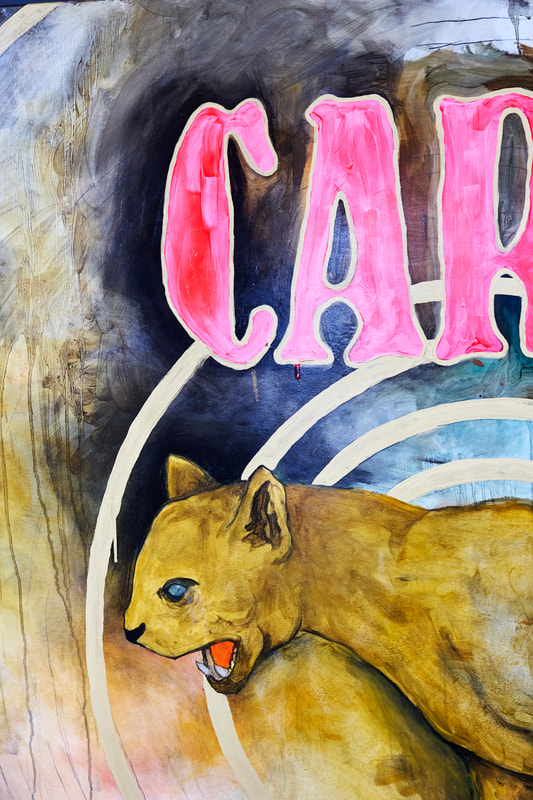 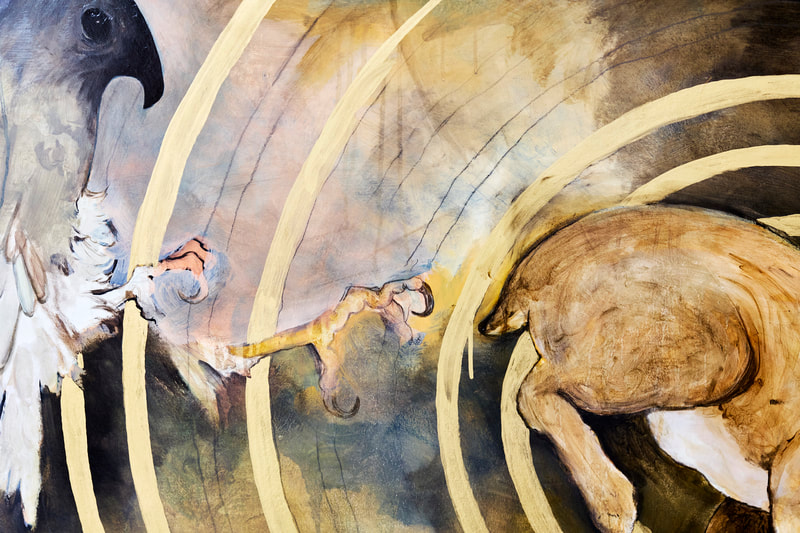 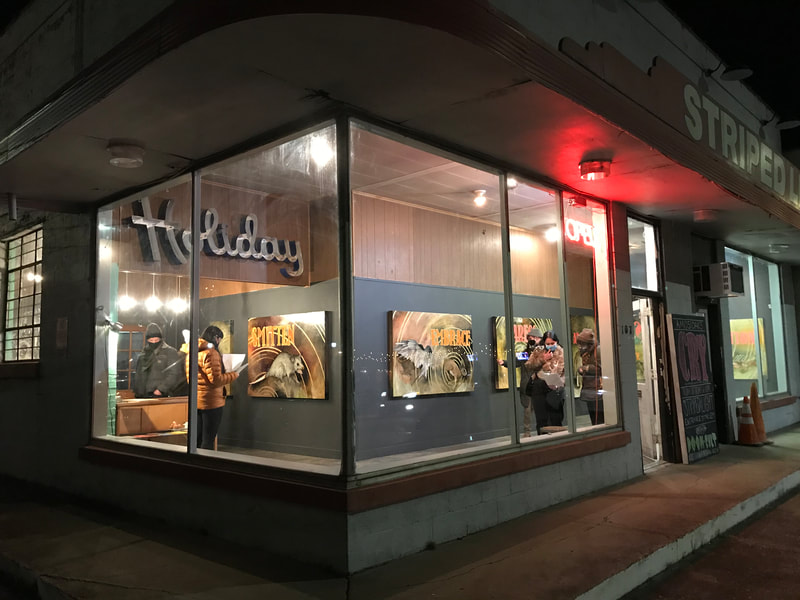