New paintings, reading, and orchestration of lament
​Amos Oaks
Friday, February 21, 2020
Temple-Pittman House
Knoxville, Tennessee
True to form, I did not document the images or the performance.  These are phone captures taken of 8 of the 14 paintings.  If I am able to track them down, I'll post more later.  If any individuals took video, I'll also post that later.  I will be recording a studio version of this performance along with 13 other poems I wrote between 2017 and 2019 titled "The Cicada Verses".

A typeset hand-printed copy of the poem "Cicada" (created at Striped Light in Knoxville, Tennessee)is available for $30.  Please contact me to purchase.

I came to her lost Emerged from the dark called by a mysterious signal Crying Crying Crying Calloused Caught Cloud of dust Clamoring to get out of the shell Crunch Crunch  Trampled under feet Children chased by what I was Adorning a thousand branches Not wanting to be here Out of the shell Naked Sensitive Tender Aimless Amiss but noisiest the noisiest of all Ever faithful, she responded to my call Click  By the mark on my wing war was inevitable A superstition come to fruition and in battle unable to bite unable to sting able to sing a shrill song was heard a tragic rue observed Dying without even realizing it Babbling like Tithonus Not brook babbling Begging for death to overcome babbling And Tennyson proclaimed, “Alas! For this gray shadow, once a man -“ So, yes,  I was kissed and kissed in humid mist and pity was taken on my withering body But the afternoon song went on and on How much could she listen when I could not even listen and no one could listen The sound was oppressive The noise was great The chatter was incessant The chorus was immense in the overflowing heat begat by august Fleshless now Bloodless now because I am lost again crying out of the shell not wanting to be here Perched on this branch I could have Quieted crying babies reduced fever prevented seizure cleared rashes treated battle wounds induced sleep But summertime was  saying farewell preparing an elaborate lament knowing that this is the moment the only moment the last moment And in the golden sticky sun there is not much more left to sing about Oh kitten who pawed oh rabbit I frightened oh three legged flawed whose boredom I brightened Oh fish buried cold and children who cried in houses of mold with reluctant bride And poor possum after possum crushed by car Poor deer crushed by car Poor raccoon crushed by car Poor black dog crushed  by car Poor Hemingway crushed by car Poor man crushed by car I watched from the tall oak I could see life I could see death Oh poor man crushed by car began to bleed And the chorus lifted to the sky “O, shrill-voiced insect; that with dewdrops sweet,” then the sky begins to bleed my tymbals will flex my wings will flick in comes inky black of night and the war is over Belly full of sap I crave the dark Sleep slow sleep sacred sleep sweet sleep Swift despair clap to cling in flight I scare Sick lost thou that death shall sample Oh please take these last few beats  and trample completely concretely competently comprehensively unconditionally unabridged deeper than before almost sleeping I do not recall the celebration of a climax Impatiently I wait for the last act and say blessed be the coming end I shall not wish to emerge again 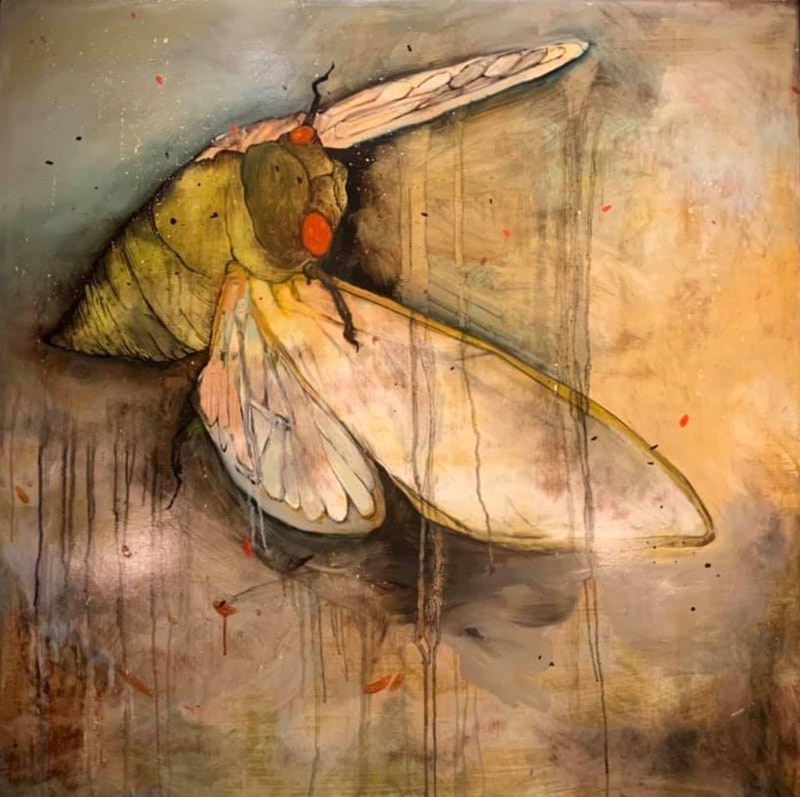 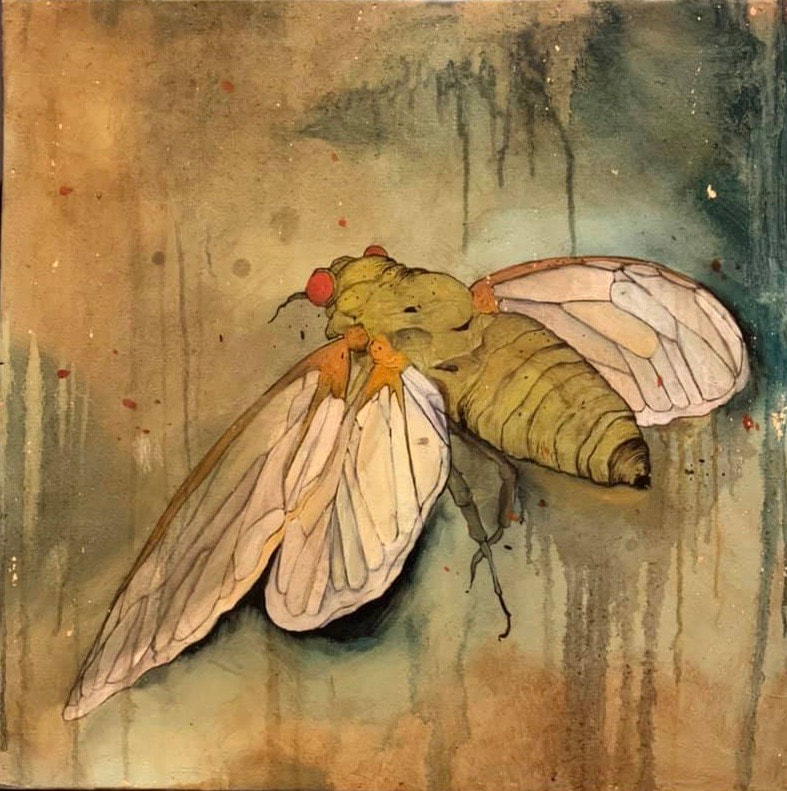 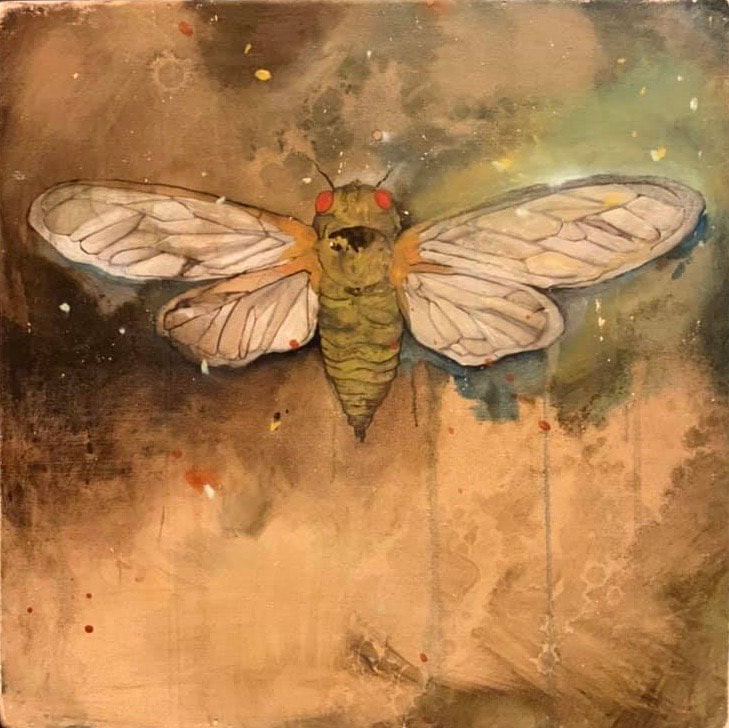 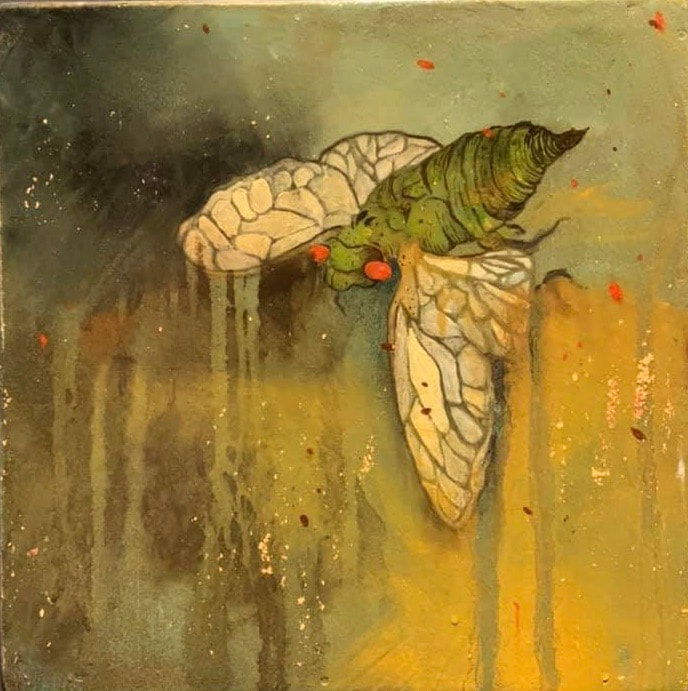 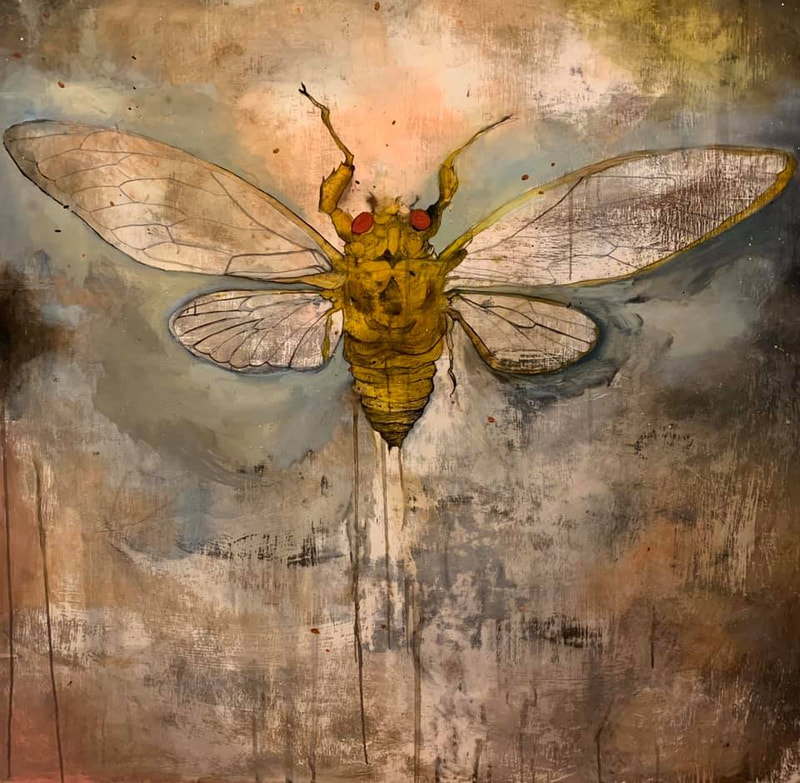 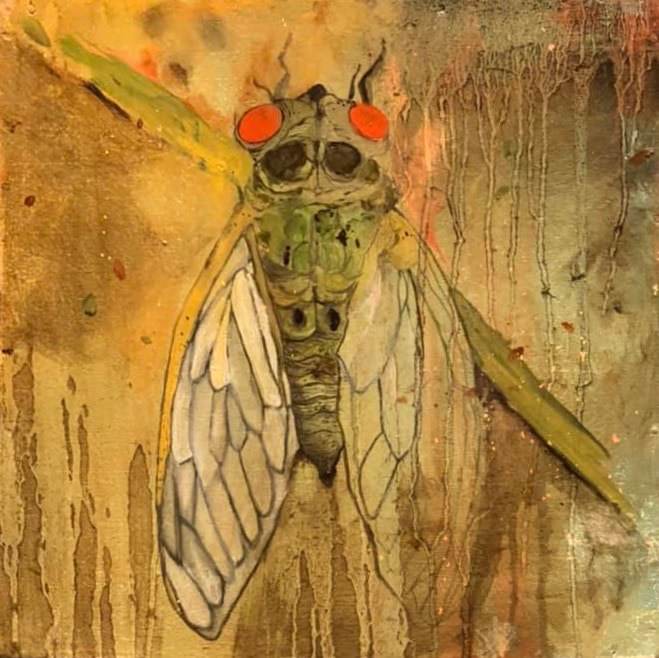 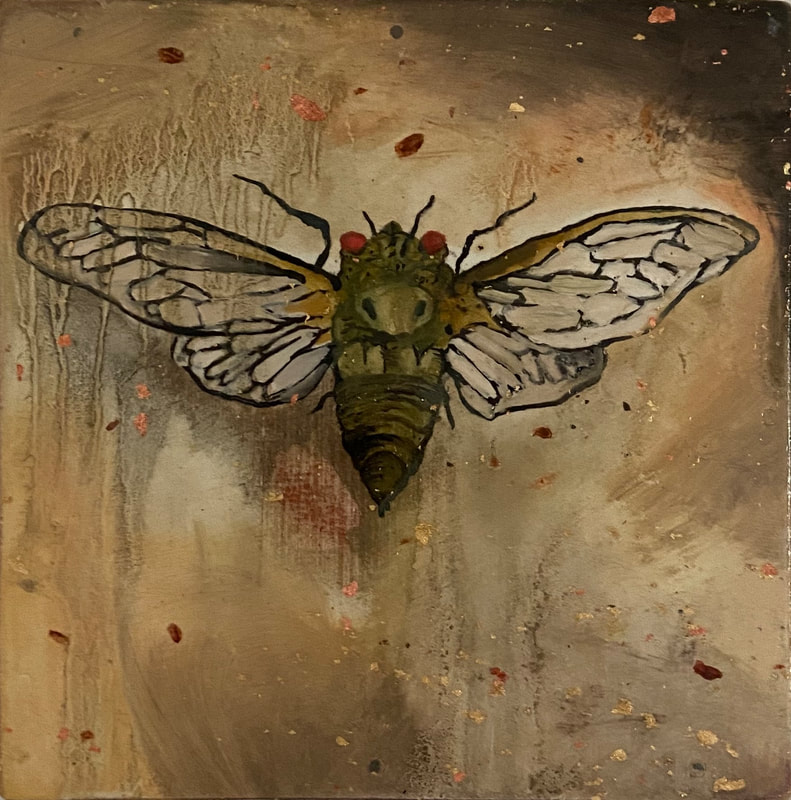 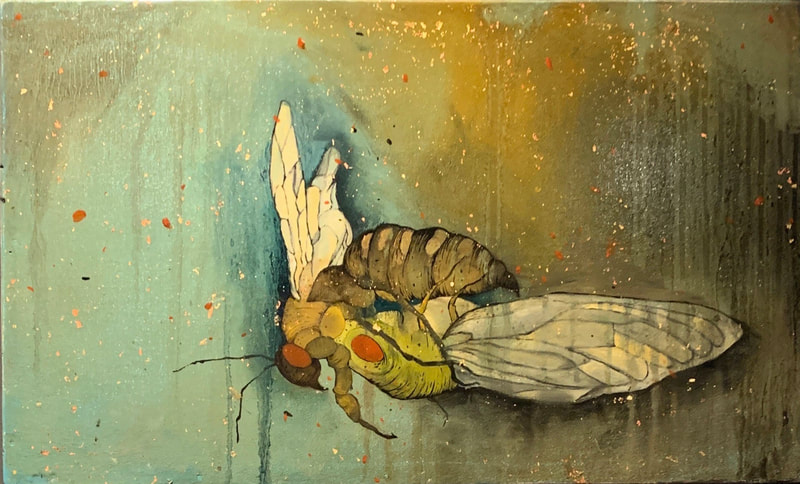