this 'un,
one more,
​then the briar patch

North Hollow Up come that big dipper great bear fillin’ his belly with one more scoop of asphalt before he snooze away and dreams of that hive full that golden unattainable where he’d like to shove his dirty paws where he’d like to prod his dirty nuzzle and swell up with a thousand stings on my baked brow one last bead of sweat makes its way down down down down every story in my told and unheard face and as I sit, i hear the very last katydid sing her song to him and he chirps back with  wanting or lust or maybe pure loneliness whatever it may be they will embrace  in a ritual that will bring an end to their song and the start of new life in the very same town where the cotton pickers have their eggs stored behind unhinged doors i hear the door rattle ‘cause fox is licking’ his lips tongue drips heart skips and he shall consume  every last egg rip ‘em from the belly of her beautiful black womb And holy, holy, holy possum barring his vicious teeth then curling up in a ball while things get smoked sucked broke  bucked pawed plucked marred mucked torn and tucked so deep that the light is suffocated In the east neck of the wood buzzard hovers fumes rise like a holy offering pleasing this god with sacrifice and the smoke shall never settle but, oh!  what a show! boom! pow! pop! rattled to my core by those shimmering lights of hope thirst will be quenched this bread of life may be consumed by any hole White ones, black ones, natives in the center of it all one coin at a time in the slot in the slot in the slot scratching off rolling up slappin’ down sipping’ and wishing on  north star where the asphalt is just about cool and winter will come and we’ll all shiver all stories frozen with pockets pulled out empty rabbit ears last gasp shouting Drown me! Roast me! Hang me! Do whatever you please… And I’ll sit right here through it all I will watch that dipper lift lift lift lift until it spills out its molten heat and pours it back under my feet and my brow will lift itself to the southern sky where I shall be stuck again and I don’t think I’ll fight anymore I don’t think I’ll fight anymore This ‘un, one more,  then the briar patch 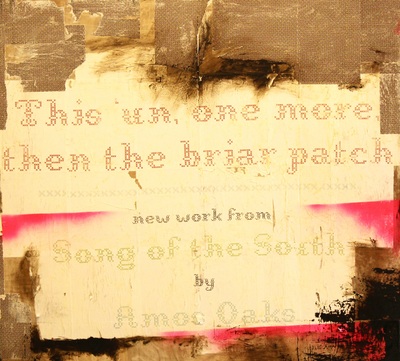 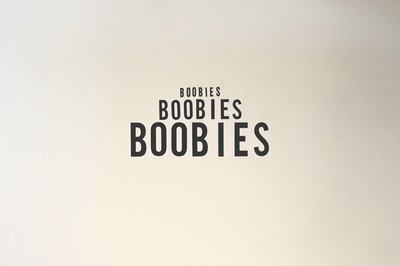 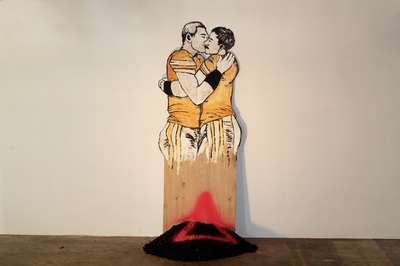 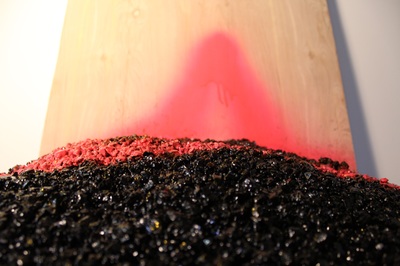 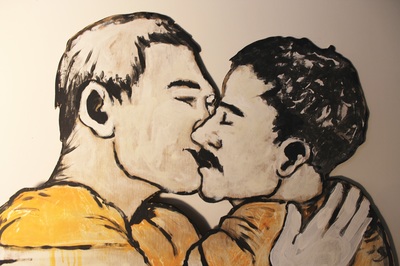 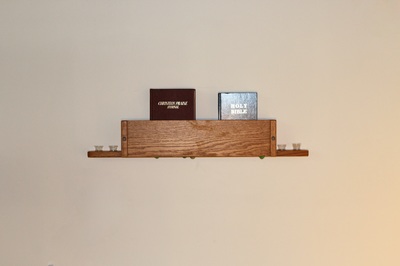 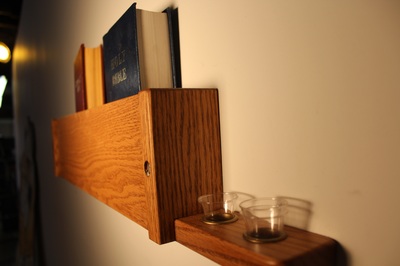 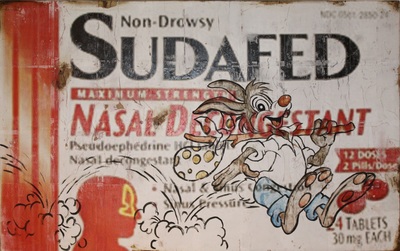 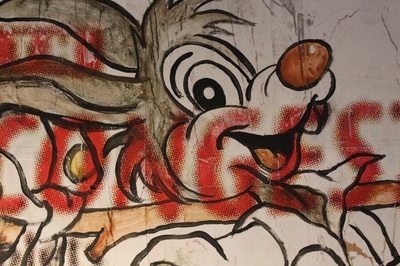 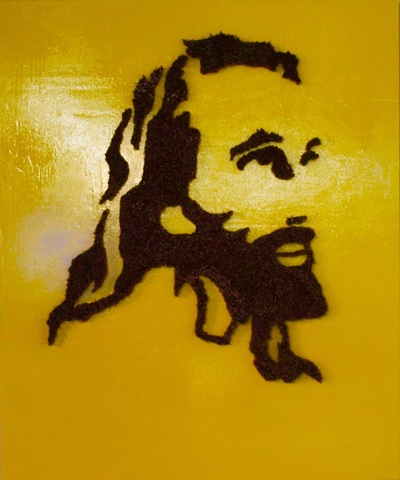 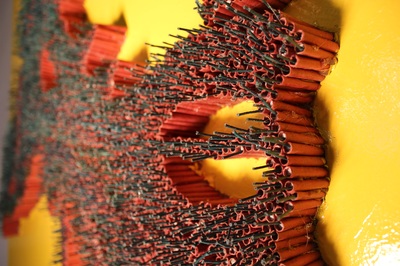 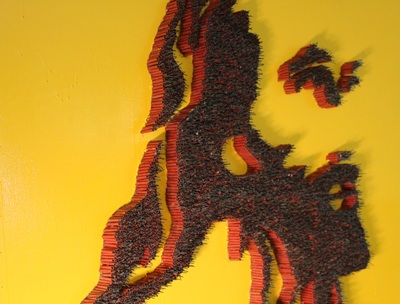 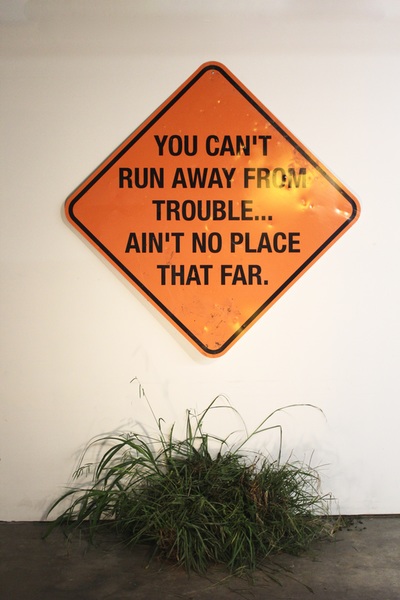 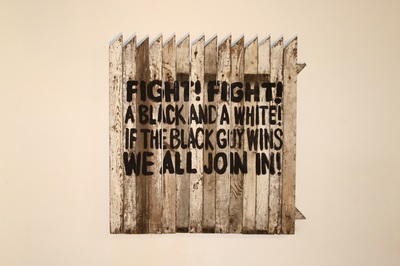 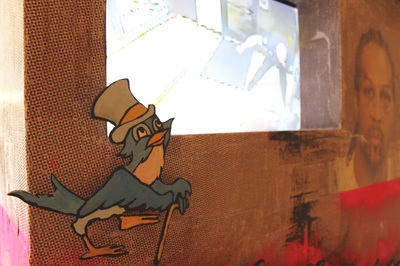 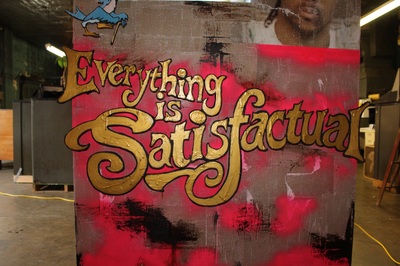 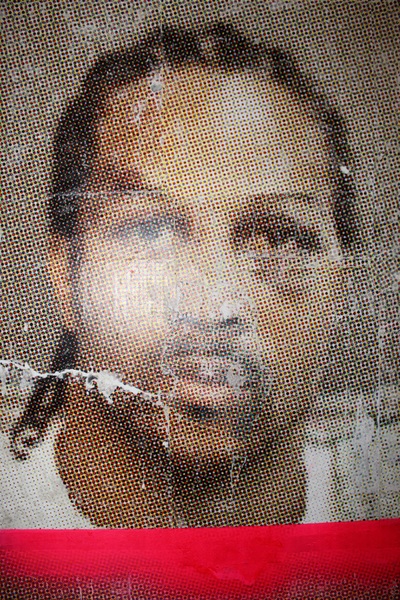 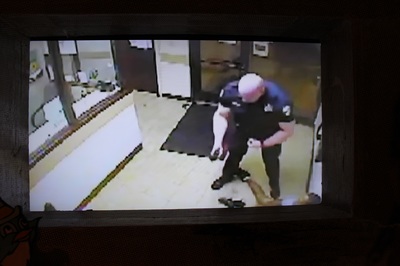 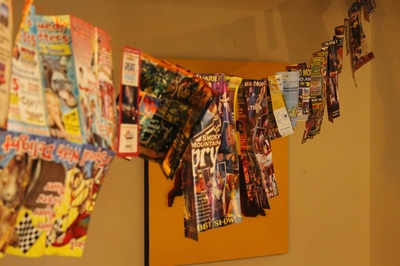 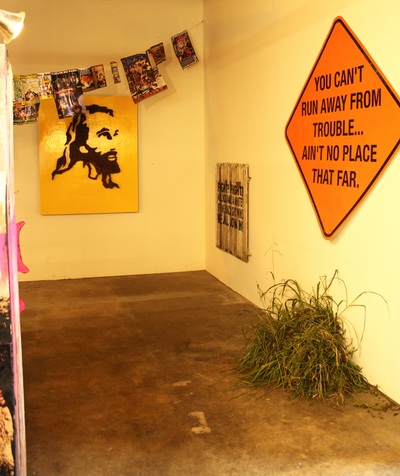 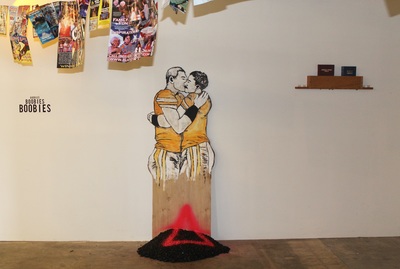 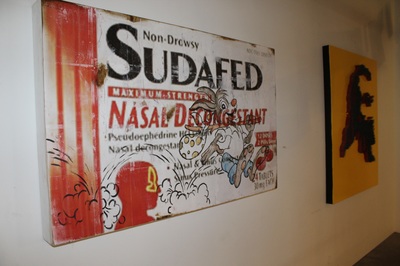 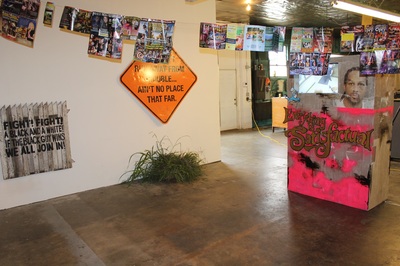 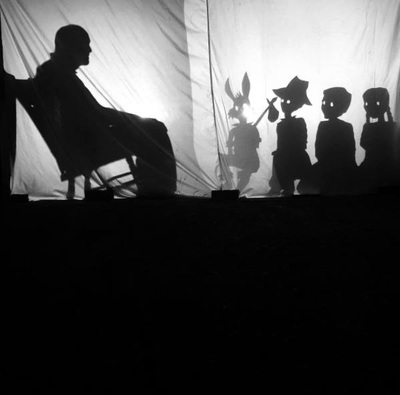 
“When you can assume that your audience holds the same beliefs you do, you can relax and use more normal means of talking to it; when you have to assume that it does not, then you have to make your vision apparent by shock -- to the hard of hearing you shout, and for the almost-blind you draw large and startling figures.”

When you've got a thing to say,
Say it! Don't take half a day.
When your tale's got little in it
Crowd the whole thing in a minute!
Life is short--a fleeting vapor--
Don't you fill the whole blamed paper
With a tale which, at a pinch,
Could be cornered in an inch!
Boil her down until she simmers,
Polish her until she glimmers.”


I’m not sure I’ve done any of this with this third installment of work from Song of the South.  It’s been a long year full of distractions - some good, some bad.  It seems like my work was hard to get to and just rested in the back of my mind.  What I have constantly contemplated this year is the climate, not just of the South, but of the world.  We are living in dark times.  So, this body of work that was already really hard to work with is now compounded by this false sense of revolution on our globe that is rooted in self.  The weight of this season produced a tamer body of work thematically, but the materials (found lumber, tar, asphalt, street marker paint, metallic paints, fireworks, etc.) are as intentionally suffocating and oppressive as they have been in the past.  There is an intended push for dialogue and not much imagery that holds the power to shock or startle.  I don’t know if anyone can produce that type of imagery any more.  We have our personal computers that hum a violent and pornographic lullaby to us so that images of flowers are in the same feed as the newest video of police brutality, teenage cleavage, the lies of the two candidates some of you fools will be voting for, and decapitations.  That leaves me with little to say.
What did happen as I produced this work was a realization that the process of creation was an act of labor and that anything we do as individuals that produces fruit involves labor.  Struggling through important issues related to racism, poverty, neglect, abuse, addiction, and a whole host of other nouns that embody slavery involves labor.  It is very hard to work through an issue that is lumped in with the mess of information we intake everyday.  More than ever, the orchestrated element of this show serves as a glue for the entire body of work.  Still yet, it offers no answers.  There are three separate groups of performers for this piece.  Two will be rehearsing the same charts separately and will deliver their own interpretation of the piece the night of the show.  The third group will improvise sound over the improvisations of the other two ensembles.  This presents the idea of individuals from different walks of life coming together to hash out ideas, passions, and beliefs in a way that is sometimes confrontational, sometimes out of rhythm, sometimes out of sync - with the hope that pushing on with great labor will work itself out in a way that might not offer a complete solution, but present itself as something whole, acceptable, and beautiful.  And the visual elements are meant to emulate the Disneyfication of the disenfranchised.
Although this piece aims to mull over that almost laughable idea of a solution, it is a blues piece.  And it should be noted that my love for the blues does not give me a true understanding of the blues, and that as a white man, I will never truly understand the blues.  I don’t think that should stop a person from educating themselves on a subject such as the blues, but never, never, ever (as a white man) can I claim the blues for my own.  But this blues encompasses all types of slavery be it addiction of any sort, abuse of any sort, poverty, opulence and wealth, bigotry, fundamentalism, social media, whatever it may be.
I should end my stutters with a repeated quote from my 2015 show, “TWACK”,  delivered by Cornel West and then a magnificent excerpt from Fredrick Douglass.  Both of these gentlemen can express what I am unable to concerning the blues.

"…blues is not about triumph blues is about resistance, blues is about overcoming its about prevailing, its about persisting- but because it is tragic comic there's no triumph as it were…as a blues inflicted Christian the cross is at the center of the blues resurrection is at the center of the gospel.  Now blues brothers and sisters they don't necessarily go into the resurrection, but they go at the cross. Blind Willie Johnson - one of the greatest geniuses in the history of American civilization… when he wrote, "dark was the night - cold was the ground" that's his meditation on the crucifixion of Jesus as a bluesman - so he doesn't sing a word he moans and groans and hums and grits cause there's no language that comes close to that catastrophe and the blues is about catastrophe it ain't about problem."


“...I have sometimes thought that the mere hearing of those songs would do more to impress some minds with the horrible character of slavery, than the reading of whole volumes of philosophy on the subject could do.


I did not, when a slave, understand the deep meaning of those rude and apparently incoherent songs. I was myself within the circle; so that I neither saw nor heard as those without might see and hear. They told a tale of woe which was then altogether beyond my feeble comprehension; they were tones loud, long, and deep; they breathed the prayer and complaint of souls boiling over with bitterest anguish. Every tone was a testimony against slavery, and a prayer to God for deliverance from chains. The hearing of those wild notes always depressed my spirit, and filled me with ineffable sadness. I have frequently found myself in tears while hearing them. The mere recurrence to those songs, even now, afflicts me; and while I am writing these lines, an expression of feeling has already found its way down my cheek. To those songs I trace my first glimmering conception of the dehumanizing character of slavery. I can never get rid of that conception. Those songs still follow me, to deepen my hatred of slavery, and quicken my sympathies for my brethren in bonds. If any one wishes to be impressed with the soul-killing effects of slavery, let him go to Colonel Lloyd's plantation, and, on allowance-day, place himself in the deep pine woods, and there let him, in silence, analyze the sounds that shall pass through the chambers of his soul, - and if he is not thus impressed, it will only be because "there is no flesh in his obdurate heart."


I have often been utterly astonished, since I came to the north, to find persons who could speak of the singing, among slaves, as evidence of their contentment and happiness. It is impossible to conceive of a greater mistake. Slaves sing most when they are most unhappy. The songs of the slave represent the sorrows of his heart; and he is relieved by them, only as an aching heart is relieved by its tears. At least, such is my experience. I have often sung to drown my sorrow, but seldom to express my happiness. Crying for joy, and singing for joy, were alike uncommon to me while in the jaws of slavery. The singing of a man cast away upon a desolate island might be as appropriately considered as evidence of contentment and happiness, as the singing of a slave; the songs of the one and of the other are prompted by the same emotion.”